“At first, I felt a bit uncomfortable with people giving me the stare. But now, I have already gotten used to it,” Jamiah Haston began her story.

Today (16 September) I had a wonderful lunch with a beautiful couple from Oceanside, Claude Haston and Jamiah Haston. They are the symbolic icon of an international marriage between an American and a Malaysian.

I knew Jamiah or Kak J about 5 years ago when I first met her in one of the Malaysian Islamic Foundation of North America (MIFNA) Hari Raya events. Soft spoken and so demure was her personality that I got to develop a friendship with her. During the many Raya gatherings organised by MIFNA in California, the women would be in our Malaysian traditional costumes, specifically “baju kurung” and ‘baju kebaya”. I observed that Claude wodul always be clad in the traditional “baju Melayu”. His presence was felt in all the gatherings organised by the Malaysians.

Kak J is also an approachable and warm individual. As they say, baby boomers tend to stick together, so do we and the spouses too. We are of the same wave-length. Well, what do you expect from the generations after us? They don’t know Lionel Richie and the Commodores, what more Elvis Presley and Frank Sinatra. Side-tracking again!

Since we live nearby to each other, everytime I am in Oceanside, we would always ensure that we have a special luncheon session along with the spouses too. The preferred location is Pala Seafood Restaurant, which is about 30 minutes from our place. This place is about “non-stop” eating of seafood, or rather eat till you drop analogy.

Today is a special day for me and Kak J. Curiosity got the best out of me. Once a journalist, always a journalist. There I was interrogating or rather interviewing her about her marriage life. Where did she meet Claude? How old did she get married? Is her family against the marriage like the famous movie Love Story? I can imagine her to be Ali Macgraw and Claude as Ryan O Neal. Awww! What imaginations I had about her marriage.

Claude worked in the Marine Division of US Embassy in Malaysia in the late 1970s. Kak J was working with the AIA Insurance Company located at Jalan Ampang. They met in Kuala Lumpur through their common friends. One and a half years later, they decided to get married.

Like a Hindustani movie, there must be hurdles before the solemnisation of a marriage. Likewise, Kak J’s mother was at first skeptical with the reunion, thinking that her daughter would not be happy later in this inter-marriage reunion. Kak J convinced her mother that “jodoh pertemuan, rezeki dan ajal adalah di tangan Allah SWT.” Literally translated – we are beholden to Allah SWT where marriage, sustenance and death is concerned. Hoping that I got the translation correct. Nevertheless, her method of convincing her mother bodes well with the old woman. Love beats it all!

The inter-marriage “bersanding” ceremony took place at the Marine Residence, Jalan Jelutong, Damansara, Kuala Lumpur on 2 April, 1980. The “kompang” group welcomed the couple and the “merenjis” ceremony took place consequently. The wedding was well attended by her relatives and friends as well as Claude’s friends from the US Embassy.

Back in the USA

After completing his stint in Malaysia, Claude and Kak J left for the USA. They have two beautiful daughters, Camillia, 37 years old and Zurina, 27. Claude and Kak J have two beautiful granddaughters from Camillia – Anaia Iman, 3, and Akhira Nur, 5 months. All the family members are taught Bahasa Melayu; Kak J converse in the language to them. Camillia especially is fluent in oral and writing in Bahasa Melayu. Kak J serves Malay tradional foods to the family. Envious of this American/Malaysian family in the USA.❤️

On their 38 years of strong reunion, Kak J said that it takes a lot of courage to marry a foreigner, especially the perception given by others. When she visited Claude’s family in Texas, she was given the stare by the community. Claude’s family instead welcomed her with open arms; the love they showered her till today makes her believe that her decision in marrying Claude is right all along. Even Claude’s auntie took the effort to teach her the art of crocheting which is appreciated by Kak J until today.

Claude and Kak J performed their Haj together in 2015. It was a responsibility that they both wanted to fulfil as Muslims. For them, the Mecca trip was a beautiful journey and will always be etched in their minds.

Kak J, thank you for the friendship and being an exemplary wife, mother and grandma. 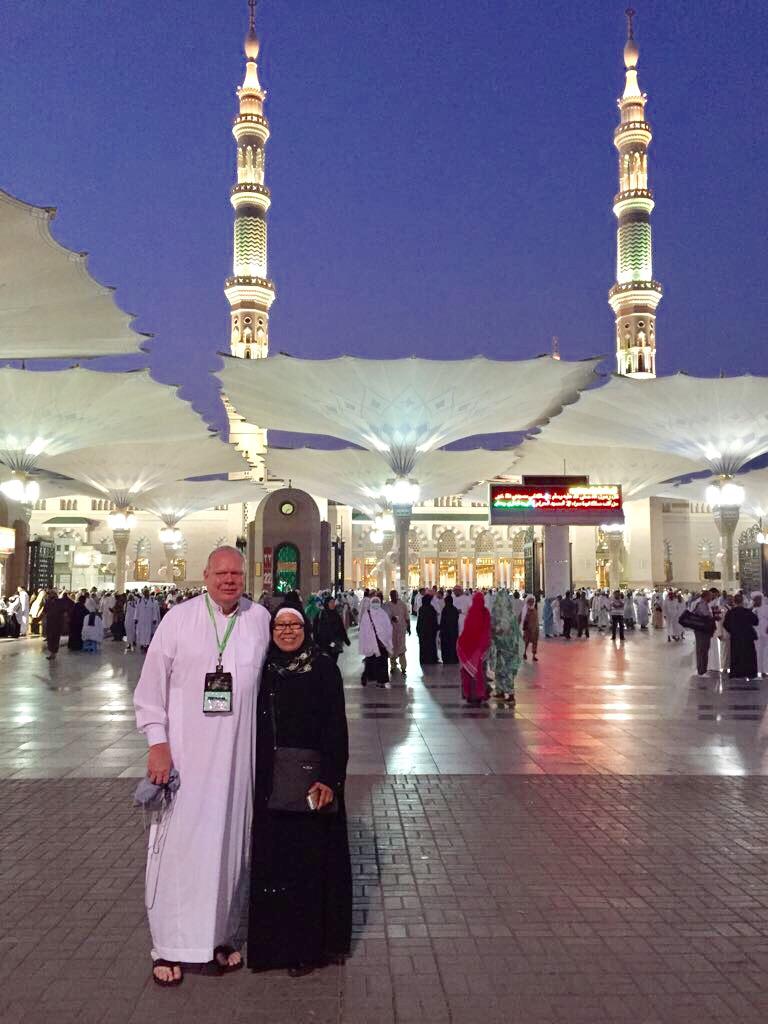 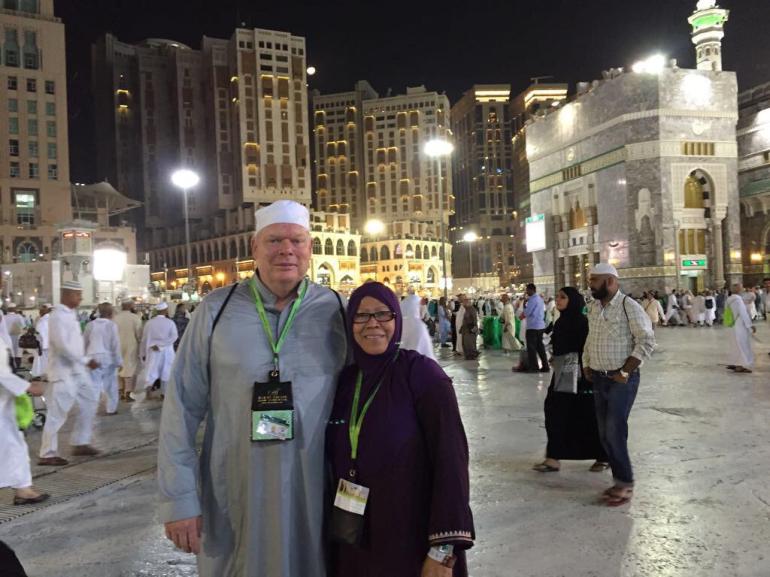